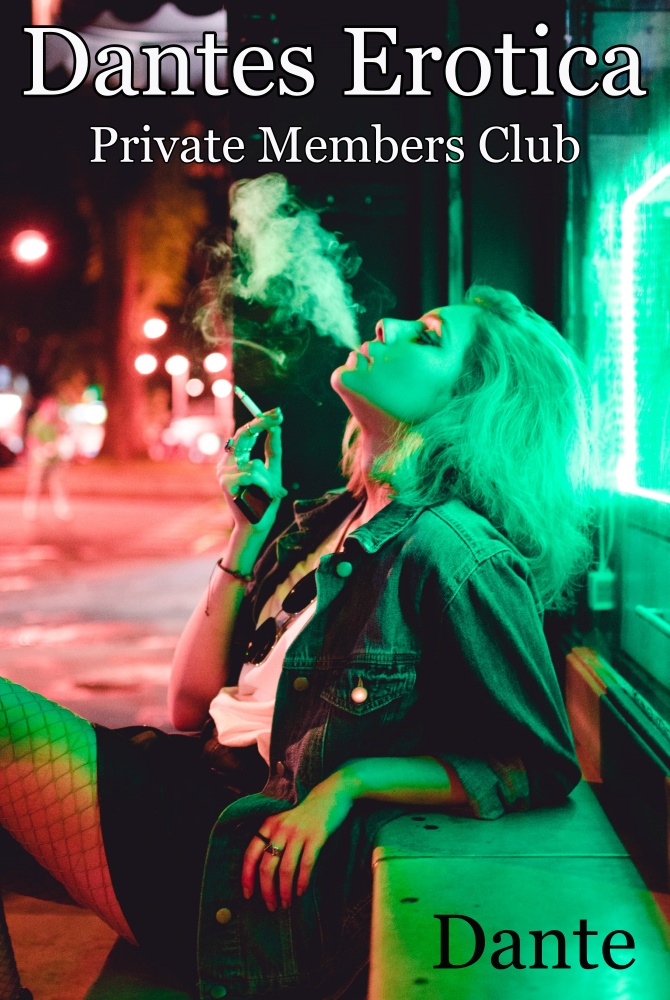 I’ve been working on this book for over a month now and Book One is finally uploaded
34,000 words … Suggest you read a chapter at a time… 🙂

This story is primarily about Marcus and Vicky who meet up and find they both enjoy the alternative fetish and clubbing lifestyle. After a whirlwind romance and crazy 6 months of clubbing and sex parties, they get married and shortly after meet Damian. Damian is very wealthy and lives an exciting jet set lifestyle… He really fancies Vicky and invites them to join a private members club. Marcus is a good looking British guy from North London, fit and tall, 28 and works in airline security based out of Gatwick airport. His job involves, in flight security so he’s always travelling and staying in hotels unless he has a UK stopover where he has an apartment quite near the airport. He’d had a few serious live in relationships in the past but never married… Until he met Vicky. Vicky was 27, also single and employed as an air hostess, flying out of Los Angeles, California. A stunningly tall, slim and attractive, half Japanese and half Thai Asian vision… Marcus was besotted with her from the first time they met on a flight from L.A. to London.

Lin – Thai girl married to Trevor in the cage

Nadia and Ezra – Couple at the Pantihose party

Marcus was really into showing Vicky off… watching and sharing her with other couples and occasionally letting strangers touch and grope her… At first Vicky thought he was a bit strange but as soon as she understood that he that he truly loved her… she started to really enjoy the clubbing lifestyle, using ecstasy and found the sex with him incredible, doing things she’d never even dreamed of.

Her first big fetish party event was at Wasteland in Rotterdam, Holland, where they flew in for the weekend with a few of Marcus’s friends… One couple were German, Olga and Kirk and introduced Vicky to her first girl on girl bi sexual experience… They were all dancing together… high on E’s when Olga started hugging and kissing Vicky in front of Marcus and Kirk… Kirk joined in behind Vicky and they were both groping and playing with her together.

Olga pulled Kirk up from between her legs and we all followed them to a dark playroom on another level… Once inside, they lay Vicky down on some large floor cushions and Olga climbed onto her face in a 69 position… Kirk was behind her in no time… pushing his long thin cock into her pussy and fucking her right over Vicki’s face.

Vicky was reaching out and pulling Marcus behind her so he entered her while Olga took turns sucking his cock and putting it back into Vicky’s sopping wet pussy.

The following week they all went to stay at Kirk’s brothers house in Berlin, Germany and were introduced to the Kit Kat Club… Another night of fun and debauchery where Marcus let Vicky try Kirk’s long 9 inch cock in her arse while he fucked her sitting on his cock on a chair in front of a large group of single guys and couples. 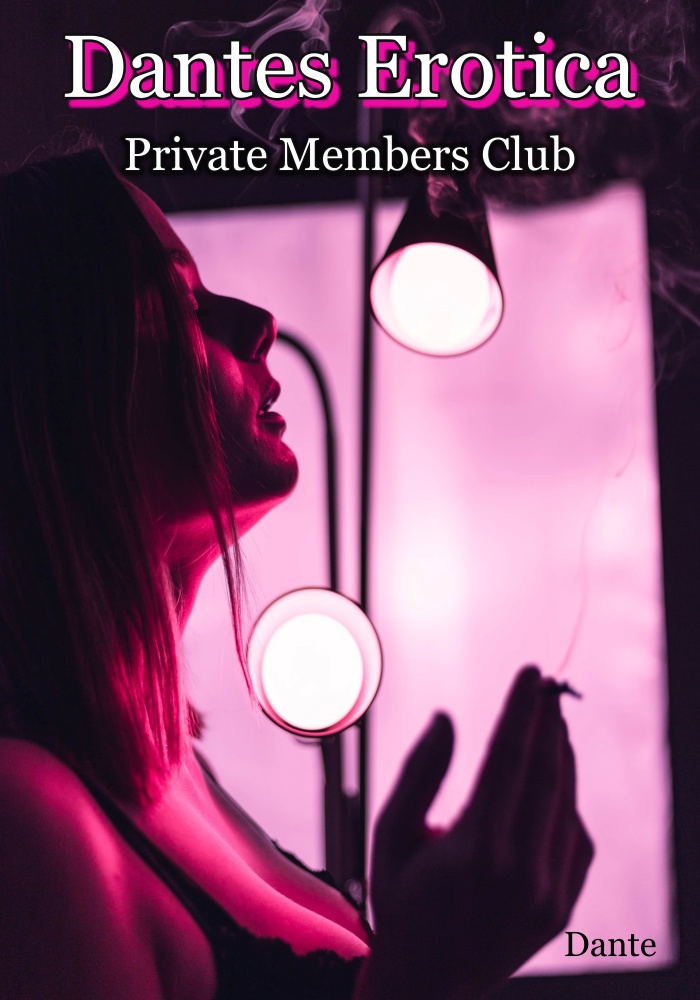 This is a story in it’s own right but also continuation of the story from;

Steppingley Manor which is the first set of 4 books in the series.

Dantes Erotica – Private Members Club – is the follow up book.

A brief recap of the story,

Marcus and Vicky met Damian at a club in a Fetish club. Damian fancied Vicky, inviting them both, to join his private member’s club. 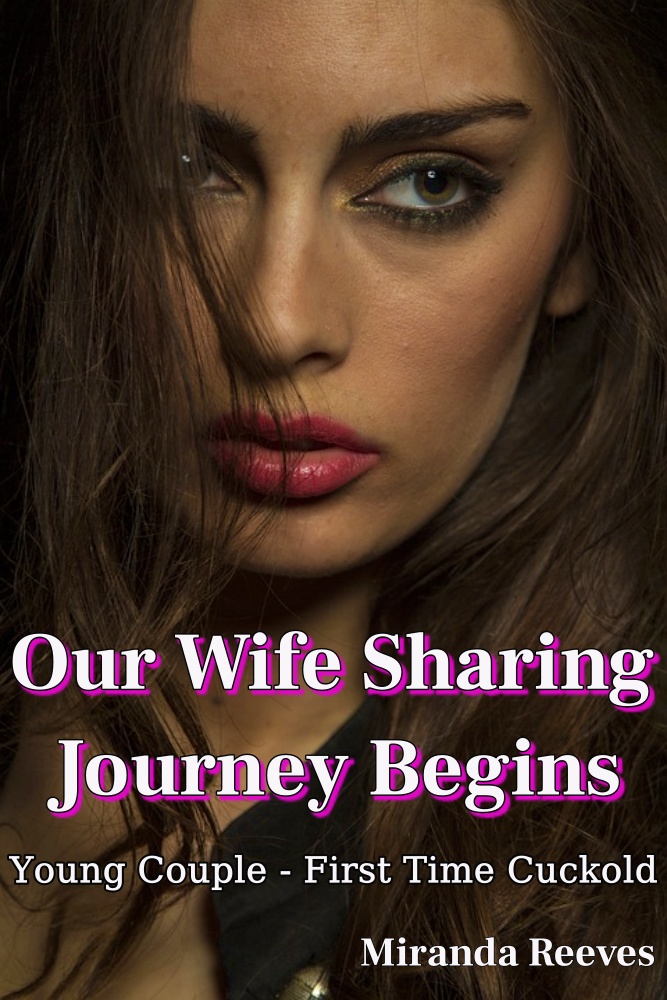 Hiya, I’m Gina and Andy told me to write our story of how we got into the alternative lifestyle, because he likes to talk and fantasize and it really turns us both on. We’re not full on swingers, well not like the couples who go out every weekend to swap partners and stuff like that, but we have started going to various clubs, and let’s just say, we like to experiment and play together.

Pete showed us around and I couldn’t stop giggling cos we had to stare at his naked bum as he walked along in front of us. The club was absolutely huge and on several floors with loud techno house music blaring out in 4 different dance floor areas. The basement had a mock up dungeon with a play area and later we watched all kinds of weird looking people using the equipment or getting canned, tied up or suspended upside down. There was even a sex swing hanging from the ceiling where a girl was laying in it, and five guys crowded around groping and playing with themselves. One guy was actually kneeling between her legs, licking and pulling her pussy open for guys to finger as her husband held her hand. She was also wanking two guys off, standing each side of her and even let one of them, cum in her mouth.

Anyway, we had another drink at one of the bars and Pete told us, he was going to find a few of his friends and he’d see us later or at the car when it all closed around 4 am.

I was already feeling a bit tipsy and after another drink, we decided to wander around and see what else was going on. Andy was holding my hand as we pushed through the crowds, but the music was so loud and chock full of virtually naked people all dancing like crazy, we went back down to the dungeon play area, where at least we could talk and walk around easier. We watched a really attractive girl getting whipped by a guy, who I assumed was her husband, cos he kept stroking her bottom after he whipped and fingered her. And then, there were all these single guys crowding around them watching and playing with their…. 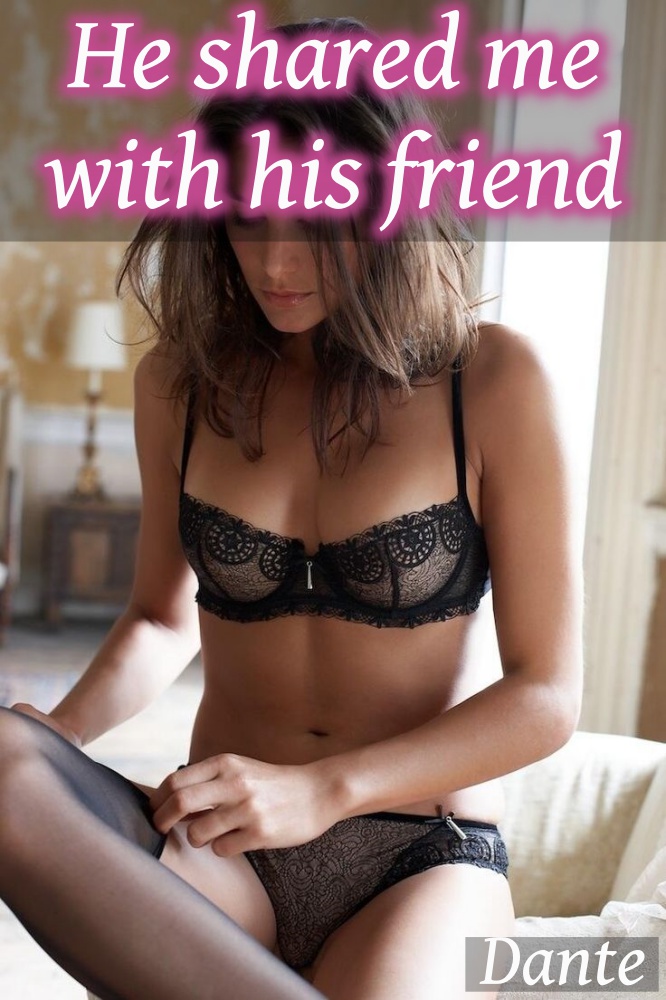 He shared me with his friend

Then it got to the point, where he said he wanted me to go with another man! So he could watch and maybe join in later. I was really shocked and told him that I couldn’t do that… He was my first and only guy I’d ever had sex with, and I wasn’t interested in meeting anyone else in real life. So, a few months went by with him going on and on about it, and with all our naughty talking, our sex life had actually become much better, and I was getting more and more turned on by the idea…

He shared me with his friend

Titles in this series 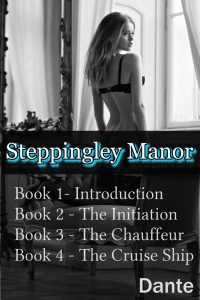 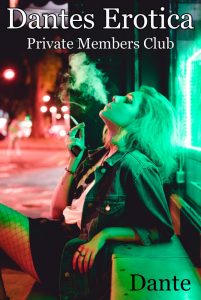 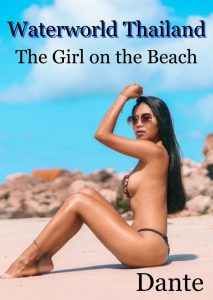